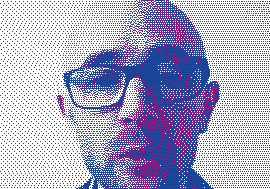 A statement from our Managing Director Richard Denyer-Bewick is included in the press release below from British Future, who act as the secretariat to the All Party Parliamentary Group on Social Integration.

A parliamentary inquiry is asking whether digital divides are hampering efforts to reach the most isolated groups in society – with those who can’t Skype relatives or join local facebook and WhatsApp groups struggling to get noticed.

The All Party Parliamentary Group on Social Integration will hold two virtual evidence hearings on Zoom next week, as part of its ongoing inquiry into efforts to reach isolated groups during the COVID-19 crisis. An initial session on Tuesday 14 April will look specifically at how digital divides are impacting on groups and individuals.

According to the Office for National Statistics, there were still 5.3 million adults in the UK, or 10 per cent of the adult UK population, who were non-internet users in 2018. A study by the Good Things Foundation found that 11.3 million people in the UK don’t have the basic digital skills they need to get by in today’s world.

The inquiry aims to highlight best practice for reaching isolated groups and overcoming some of the challenges in reaching them – not just older people but also those in sparsely populated rural areas, homeless people and some minority ethnic and migrant groups who may be vulnerable due to isolation. A report will make recommendations to government and civic society.

Peter Gibson MP from the APPG on Social Integration, who will take part in Tuesday’s session, said:

“The Coronavirus affects all of us, but it does not affect us equally.  Some of the most isolated groups in society could be falling through the gaps as we become increasingly reliant on technology to connect with each other.

“While some of us are Skyping relatives and connecting with neighbours on WhatsApp groups, we mustn’t overlook those who can’t access these digital platforms. There’s a risk that digital exclusion could make some people even more isolated at a time when others are feeling more connected than ever.

“Our inquiry wants to share best practice for addressing these and other challenges so charities, voluntary groups and government can improve their response.”

Richard Denyer-Bewick, Managing Director of Citizens Online, will be giving evidence to the APPG inquiry on Tuesday. He said:

“People of all ages may experience problems using the internet. Yet older people are much more likely to lack digital skills – as well as being at increased risk from the virus. According to ONS data1, more than half of the population aged 75+ (53.1%) are not online. Older people are isolating and often cut off from essential support. People on lower incomes are also less likely to have a landline, mobile, or broadband. Access issues related to digital services like Universal Credit have been well publicised.

“Distributing hundreds of devices will help, but it won’t solve the problem on its own. Digitally excluded people also lack skills, confidence, and access to online help. At Citizens Online we are mobilising organisations to understand these issues, and coordinating remote support. Crucial to this will be an old technlogy: telephones. Telephones help us reach out, offer advice, and coach people to improve their digital skills.”

The inquiry’s open call for evidence closes on Friday 17 April. The APPG wants to hear not only from established charities and community organisations, but also from the many informal local groups that have sprung up to help lonely and isolated neighbours in communities across the country.

The COVID-19 crisis has already seen many examples of civic contribution and local solidarity – but it has also brought to light the challenges of social isolation.

For more information and to arrange interviews please contact Steve Ballinger, Director of Communications, British Future, on 07807 348988 or steve@britishfuture.org